She's Not Even In The Room 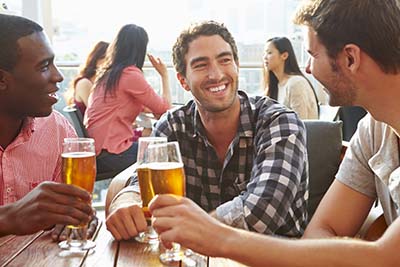 Do girls know when guys are checking them out, even when the girls don't appear to notice?  If so, how does this make the girl feel and how does it affect the man's chances?

Also, if a man approaches a woman and starts a conversation, how does this affect how the woman views the man?

There's a lot of chatter in the dating community about what happens when men get caught "checking out" women and how a woman perceives a man who approaches her, and today we're going to clear up this debate once and for all!

To do this, we're going to talk about awareness radius, perceived awareness radius, and how each of these relate to value and perception of the guy.  After that we'll discuss a bit of chase theory and talk about the benefits of understanding awareness radius and how non-telegraphing of interest is one of the building blocks of a successful interaction.

Some guys are worried that girls will know they like them by approaching, yet others proclaim that you might as well just use direct game and tell the girl you like her cause she knows anyway.

I even contributed to a thread recently on a dating forum where I talked about not telegraphing interest to a girl in set and a student replied with the following:

And feigning disinterest while still talking to her, I mean if you are talking to her, I think she knows what your motives are. She isn't that naive. She is probably thinking what is this guy doing, he should just have some balls and cut to the chase, instead of beating around the bush.

I wanted to lay out what's going on in my head for you guys so that you've got a clear understanding of what my mindset is when i'm talking with women, and i'd like to talk about some practical ways you can start to adopt the same successful actions.

When you're in a bar, your perceived awareness radius has an inverse relationship with your social value. In other words, when others see you and perceive your awareness radius to be small, it communicates to them that the only thing of importance to you is the person or people within that small radius around you. Implicitly, this means that you don't necessarily care about anything else happening outside of your awareness radius. This makes you more likely to be stereotyped as a high-value person when someone sees you for the first time.

On the other hand, when others see you and perceive you've got a large awareness radius, it communicates to them that what's important to you is the people outside of your immediate area. If you have friends around you and you're perceived to have a high awareness radius, this means you likely care about what's happening out in the club more than what's going on with those around you. This makes you more likely to be stereotyped as a low-value person when someone sees you for the first time. After all, why would you care more about the people in the club and what's happening out there than you would about those with you?

So what actions can you take to be very aware of your surroundings and still not telegraph that you're out to get laid?

For starters, NEVER FUCKING EVER let a girl have even the smallest clue that you know she's even in the fucking room until you approach her! This means don't look at her when she enters, don't try and make eye-contact, don't open your shoulders towards her, don't change your positioning, don't touch your hair, don't adjust your clothing, don't move your head, and don't even ever look at the fucking entry to the club! Don't do anything that might give away your interest in a girl prematurely.

Yes, you're going talk to her and yes, it will telegraph some interest in her when you approach, but your approach should be the only clue she gets as to your potential interest in her for now. Furthermore, just because the girl might reason you're interested because you're approaching doesn't mean it's to your benefit to convey premature interest by looking at her or recognizing her as she enters the room or walks by you. If you're a guy who's walking around trying to make eye-contact with every chick you pass then fucking stop! This isn't 1998 and you don't have to get your dating advice from a married guy writing for Maxim Magazine anymore.

The underlying principle behind all of this is chase theory. When we pursue a woman and she knows that we like her immediately, we never give her the opportunity nor the time to first get attracted to us. Premature telegraphing of interest is the #1 fuckup guys make with women. Ever read a romance novel? I sure-as-shit haven't, but I can guaran-fucking-tee you that you won't find Fabio inside approaching chicks by going direct and saying "You're so beautiful, wanna go out?" Be patient.

Make it your business to not telegraph any interest (besides your approach) to a woman until she has shown interest in you. This is a gift you can give to a woman you approach. Show tentative interest until a woman shows interest. This is also why we seek neutral positioning (often using the 90-degree rule) when we approach. I absolutely cannot express a more serious concept about dating and meeting women.

If you're out with a wing, instead of standing side-by-side with him and staring towards the center of the room, stop being a piece of furniture and face him. Act like you're having fun and conversation with each other like old friends and while you do, take an occasional peak over your buddy's shoulders for any women to approach and have him do the same with yours. As you're talking you can even naturally rotate. This way, you're constantly looking at him, you're head's not on a swivel, and you can approach when he points something out for you or vice-versa.

If you're out with friends, pay attention to them and take only quick peaks with your eyes at those around you. Make sure to not change your head position when you do this, and again don't change your head or eye positioning when a girl walks by. Instead, wait for an opportunity to check her out when you won't get caught.

If you're in-set, use the sprinkler technique (this is also in my blog) or take away attention, body language, or eye-contact from the girls you're with. When you do, take that opportunity to quickly peak at your surroundings. This will help you both assess and be ready for obstacles, and also observe any girls in the close proximity who are telegraphing interest to you. Use your peripheral vision liberally.

If you're in-between sets, walk confidently with your chin up high and don't focus on anyone directly. Instead just keep walking with your head high and always pointed in the forward direction, scanning the room slowly with only your eyes. Do not swivel your head or make fast head motions ever, and try not to notice when others notice you and look at you.

So why all of this attention? What's going to happen when I do this?

Learn how to be perceived as having a small awareness radius and you'll be heavily rewarded. The first thing you'll notice is that girls are checking you out more than you've ever noticed before. Why? Because you're finally allowing it to happen. You'll also notice more and more women putting themselves in close proximity to you wanting you to open them. If i'm a girl who sees a guy from a ways away and I want him to talk to me but I don't think he's going to see me from far away, i'm forced to get closer to him. I might even convince my friends to stand closer to him with me so we can all get a better look at him or hear what he's saying to the other girls he's talking with.

With a small radius of awareness you're also going to have a far better shot at getting 9's and 10's. These girls have extraordinary perception of men who are into them without having met them, and I assure you being stereotyped as one of them will kill you. On the other hand, when a rediculously hot girl thinks you're not noticing her and/or don't care, watch in amazement as she starts gently trying to acquire your attention. She might start by running her hand through her hair, and if that doesn't work she'll go further and further until she might even approach you or open you. After all, she HAS to know why you're not into her like all the others.

In addition to this, a small perceived radius of awareness makes your presence HUGE. Rock stars and movie stars alike all have little to no interest in meeting those around them. Often they'll avoid eye contact with people and even turn their back to avoid being seen or recognized. The result is that people are even more interested in them. When I implemented these behaviors, I was instantly rewarded with this same type of treatment from others, and i'm confident you will be as well.

Another added benefit of non-telegraphing of interest is your ability to disarm obstacles. I touched on this briefly above. With a large awareness radius and small perceived awareness radius you'll know when a guy's coming to "save" his girl, and when he does, your ability to not-telegraph interest is going to be a key factor in disarming him. Afterall, he hasn't seen you checking out chicks throughout the night so really doesn't have much evidence from your behavior that low-value dude creeping out your perspective women. Furthermore, if you haven't telegraphed interest to the women yet (besides the physical act of you walking up to approach), they're more likely to be attracted to you and not accept his attempt at "saving" them. Nice!

So there it is. Having a Large Awareness Radius + A Small Perceived Awareness Radius = Higher social value + less telegraphing of interest = More ability to interest, attract, and get women. Now quit staring at women so much already! 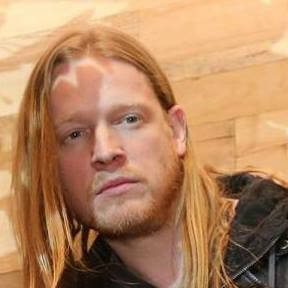 Author: Jake Payton
Jake Payton is an expert in dating & relationships and has been helping men date dream women since 2007.

You can find out more about Jake Payton here: https://www.jakepayton.com
Are you Ready To Finally Date High Quality Women?
If you want to discover how I can help you shortcut your success, simply click on the button below to get started.
Get Started Now